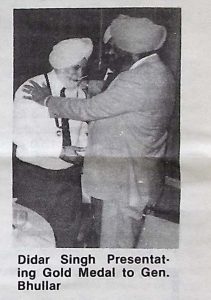 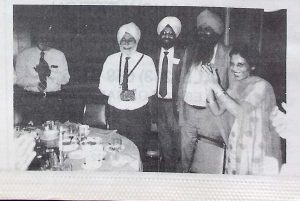 Chandigarh: S. Charanjit Singh, the General Secretary of All India Sikh Students Federation and nephew of S. Jagdev Singh Talwandi former President of Akali Dal and a senior leader of Baba Joginder Singh’s United Akali Dal, has been declared a proclaimed offender with a prize of hundred thousand on his head by the Punjab Police. Charanjit Singh is son of S. Dev Raj Singh former M.L.A. and brother of Jagdev Singh Talwandi.

Police has reportedly registered a case against him as the main suspect for hatching a conspiracy to kill Sant Harchand Singh Longowal and for arranging money for the killers. Police raided various places in the state in search of him but has not been able to arrest him so far. Police suspects that he might have escaped into Pakistan.

Article extracted from this publication >>  November 22, 1985