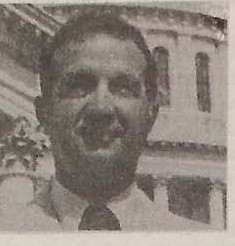 LAGOMARSINO, Mr. Speaker, I rise today to bring the plight of innocent Sikhs to the attention of my colleagues. Despite previous congressional actions, such as the Burton amendment to the fiscal year 1988-89 on Sikh Human Rights which I voted for, the freedom and liberty of peaceful Sikhs till remain in jeopardy.

I am very concerned about the situation in the Punjab for a number of reasons. India, often reminding us that it is the world’s largest democracy, seems to contradict that statement with its actions in the Punjab. Its extraordinary terrorism laws give the Indian government powers repressive of police states. These laws allow the Indian government to detain hundreds of Sikh political prisoners without charge or trial. There are numerous reports of ill treatment and torture of detainees. These harsh laws lack any of the legal safeguards or standards required by human rights agreements — agreements to which India has signed and claims to uphold. Just as disturbing are recent reports of Indian government support for anti-Sikh vigilante groups made up of known murders and robbers common criminals. The Indian government has stooped to the low level of using terrorism to enforce its will on the Sikh minority.

This is not way for a real democracy to act. Writing about our fledgling Nation, Thomas Jefferson warned of the tyranny of the majority. The tragic situation facing the Sikhs is a living example of Jefferson’s warning.

The Sikhs, like other minorities in India have endured far too many injustices. While we have heard reports Sikh violence, I question the credibility of all these reports. The Indian government wills not allow foreigners —journalists, tourists, even Congressmen to. visit the Punjab. We must rely on Indian Government reports, which, based on my own experiences, are not always hurtful. What does India have to hide in the Punjab? Perhaps the truth.

The vast majority of Sikhs, who are by nature a peaceful people, desire a nonviolent, peaceful solution in the Punjab. We should continue to encourage these objectives and urge the Indian Government to use restraint and maturity in resolving the crisis in the Punjab. By using brute force, the Indian Government only encourages the few, radical violent elements and endangers the security, livelihood and freedom of the peaceful, moderate majority of the Sikhs. We cannot condone violence by either side.

It is in our country’s best interest to help resolve the situation in the Punjab. As Americans, we do care: about the freedom and liberty of others. To put it plainly, human rights are important to us. Second, the tension in the Punjab is causing. Disturbances between mighty India and its much smaller neighbors. Our interests in this strategic region are vital and the maintenance of peace if an important deterrent to further Soviet tension in South West Asia. Please be assured that as a member of the

Subcommittee on Asian and Pacific Affairs, I will continue to closely monitor this situation and keep my colleagues informed on the latest developments, this statement was sent to World Sikh News by the office of Council of Khalistan, Washington DC.

Article extracted from this publication >> April 15, 1988