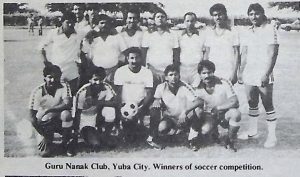 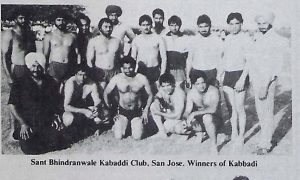 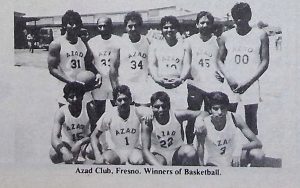 WHEN a famous mountaineer was asked why he wished to climb Mount Everest, his simple answer was; “Because it is there”. One does not really have to Labour on the issue as to why India should have artificial or synthetic turfs, for the answer to this is equally simple. The FIH has laid down that all International Hockey Tournaments will be on International Grade Artificial Turf, approved by the FIH.

There is a good reason for it too. The artificial turfs are neutral; their characteristics are known to natural turf (grass), clay or gravel varies too extensively, that the home team will always have an advantage. While there are innumerable makes of artificial turfs, only three makes have been approved by the International Hockey Authority (FIH). These are ‘POLIGRAS’, ‘ASTROTURF’ and ‘SUPERTURF. What most of the countries have is a few of their venues covered with the internationally approved artificial turfs, which are expensive, and the rest with low grade artificial turfs either locally manufactured or from the standard makers, but with inferior making etc. to reduce the cost.

India therefore has to have a sprinkling of the three artificial turfs approved by the FHI. What should be the mix should be decided after consideration of various factors. One thing however is certain that there should be a minimum of one surface of each of the three surfaces on which an International Fixture is being held and also be able to host International meets or tournaments.

The first criteria for deciding the mix should be to see on what type of artificial surfaces, major international fixtures are being played, and the priority should be based on the information about the type of surface on which India is likely to play in the very near future. For example the most prestigious fixture the Olympics are round the corner, India must have, at the earliest one field with the type of surface to be used in these Olympics. There are a large number of sports administrators who feel that the type of surface does not make any difference, and one can adapt very quickly during the acclimatization or practice sessions. Let me take such people down the memory lane to show that nothing could be further from truth.

Let us go back to 1968, when India was humbled at the Mexico Olympics, where it could get only a bronze. It was considered such a disaster that the All India Council of Sports ordered an enquiry which resulted in the publication of the famous “hockey report” titled “Report of the Hockey Committee” by the Ministry of Education and Youth Services 1969.

While the report deals with all aspects of the sport, via, selection, training, administration and management, I will reproduce the portions which are relevant to the under discussion. It brings say the necessity of the team playing on the type of surface, on which the fixture is to be played. I quote:

“It was known earlier to the Indian Hockey Federation that the Mexican Olympics would be played on turf. Despite this, satisfactory action was not taken to ensure that prolonged practice was given to the players on similar ground. The training camp held at Lovedale was on gravel. It is hardly necessary to state that playing conditions on gravel differ vastly from playing on turf. In this respect even the tour of Kenya and Uganda was mainly played on gravel which further adversely affected the training of our players. It should also be stated that such grounds lead to greater number of injuries resulting in players fighting shy of going all out”.

“Too little time was spent in training the team in India under climate conditions expected in Mexico. In view of the height conditions prevailing in Mexico, more practice should have been given to the Indian team at high attitude training camps. The Indian Hockey Federation announced a training camp of 21 days but even this period was not fully utilized since players kept reporting to the camp till 4 to 5 days after the date of the commencement of the camp. Due to late arrivals, the team spent only about 14 to 15 days’ time together on strenuous training which was inadequate considering the fact that the team had to play against much improved opponents. Playing on gravel ground did not help the team for Mexico. Ours was the last hockey team to arrive in Mexico which gave us only 6 to 7 days of intensive practice on turf”.

At Mexico, the surface was natural turf (grass), and yet by ignoring it, India the champions did their coaching, training, practice and other matches on gravel. For this lapse they paid heavily. Since there is tremendous. Variation in the three approved artificial turfs, the importance of having the requisite surface and practice on its need not be over emphasized.

After the poor performance of India at the Seoul Games, and World Cup, the IOA in its report has also highlighted the three basic failings.

To quote from the IOA report:

“It is not difficult to put up explanations and excuses for the inability of our hockey players to perform well, both at the Asian Games and the World Cup. In fact, it becomes unbelievable that we could have sunk so low so fast”.

The surface at Patiala is also in sad state, in spite of the claims to the contrary.

The question that seems to be bothering most of the sports administrators’ is ‘as to what type of artificial surfaces: India should possess, and what should be the proportion of these surfaces.

I do not think, any one will disagree that India should have at least one surface of each type that is internationally approved by the FIH. The rest of the surfaces should depend’ on the frequency of different surfaces on which International fixtures are to be played. For mass application later, India should provide low grade artificial surfaces, which are cheap, not because the surface is of low quality, but that the saving is in the cost of backing material, or by virtue of the fact that they are being manufactured locally.

“The main reason for our not being able to do well is because World Hockey has been transformed. It is no more artistic dribbling and a one-man show. Artificial surfaces have changed the very nature and complexion of hockey”.

In India we have only two ASTROTURF surfaces available. One at Delhi, the other at Patiala. Both were in a state of repair. The surface at Delhi has been recently repaired but of necessity has to be again put out of use, due to the requirement of taking it out and relaying it. The turf has also developed fungus, with the result it is fixed at some places and loose at others.