Lest You Should Forget Editorial

Lest You Should Forget Editorial 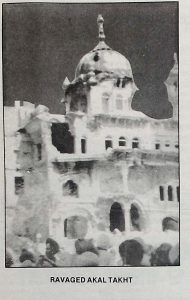 Socio-cultural interaction develops better understanding; it reconciles contradictions, removes prejudices and creates harmony in contending behavior patterns. Aloofness, on the other hand, leads to alienation and breeds suspicion and antagonism. Maximum exposure to maximum sociocultural shades is the answer to the fast shrinking world where frontiers of human knowledge daily stretch beyond new horizons.

Birds of feather, no doubt, flock together. But in a country like America where population constitutes an assortment of vastly different complexions and origins, sociocultural interaction alone can synthesize heterogeneous life styles.

Sikhs are known extroverts, affable in dealings and have tremendous adaptability. Curiously Sikh immigrants in America socially confine themselves to their own community even though they are making fairly significant contribution in almost every field of activity. They refrain from participating in the socio cultural mainstream of the country of their adoption. Sikh farmers, engineers, doctors, businessmen and other professionals do not consider it worthwhile to associate with the native milieu.

They rarely join social dinners, club gatherings and local functions; Indian government’s vicious propaganda blitz would not have cut much ice if Sikhs living in foreign countries had freely mixed with their native neighbors and established a meaningful and mutually beneficial rapport with the people in general.

Sikhs must come out of their narrow shells and must associate themselves with all the local and national festivities, particularly celebrations like Independence Day parade bedecked with some aspect depicting the Sikh cultural tradition would not only add color and variety to the grand spectacle but also introduce and familiarize their distinct identity and rich philosophy. It would generate new awareness and appreciation for a religion that has been described by scholars like Arnold Toynbee as the most modern and enlightened religion “a religion that has a lot to offer to the troubled world of today.”

Article extracted from this publication >>  October 11, 1985