Gurjot Singh Rajpal Takes Over As Vice President Of Crommeco

Gurjot Singh Rajpal Takes Over As Vice President Of Crommeco 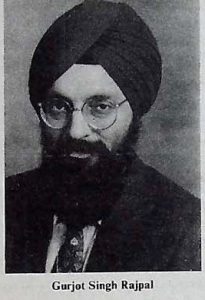 Gurjot Singh Rajpal is a graduate of the Indian Institute of Technology. He joined Cromemco in 1979.asa manufacturing engineer and progressively served as manufacturing engineering manager, director of quality assurance, and most recently as director of manufacturing. In announcing the appointment, Dr. Roger Melen, President of Cromemco, commented “For nearly a decade at Cromemco, Singh has demonstrated an unswerving commitment to product quality and manufacturing excellence. We look forward to his continued leadership as Vice President of Manufacturing.” Cromemco. Inc., a Dyantech company, was founded in 1974, and is widely recognized as a leader and innovator in computer and graphic technology.

Article extracted from this publication >> February 26, 1988