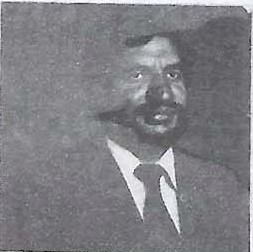 Dr. Grewal worked as a Senior Scientist in the aerospace industry unit 1975, when he joined the faculty of Electrical Engineering of California State University, Fullerton (CSUF). For the past seven years, he has been the Chairman of the Department of Electrical Engineering of the University of California, Irvine as a Visiting Professor. He is currently on sabbatical leave from CSUF.

Dr. Grewal is a Registered Professional Engineer in the State of California. He is well known in the area of inertial navigation and guidance in the aerospace industry. He offers a well-established short course, “The Real World and Kalman Filtering” to engineers and scientists in the industrial and academic community. Presently, he is writing a book in the area of estimation theory. Dr. Grewal is listed in Who’s Who in the West and in Who’s Who among Indians in the Western United States. A Senior Member of the Institute of Electrical and Electronics Engineers (IEEE), he has published numerous papers in refereed technical journals, as well as presented lectures at International and national conferences in the area of control systems and computer engineering.