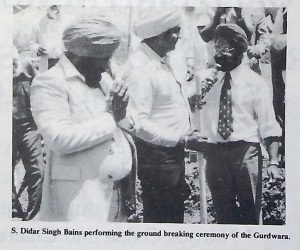 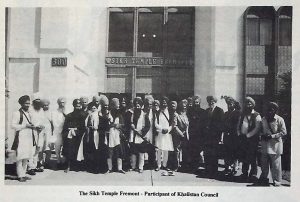 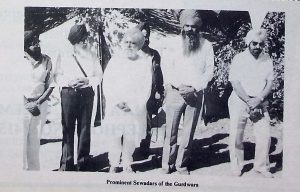 Wherever ‘the followers of Guru Nanak, the Sikhs go in the search of a better life, they generally construct a common sacred building called “Gurdwara”, where they keep their holy scripture Sri Guru Granth Sahib “The Living Prophet” the embodiment of the spirit of the ten Gurus. The Sikhs get moral, social, cultural, political, religious and spiritual inspiration from this place.

It was under this inspiration that made the Sikhs of the Silicon Valley and Bay area of the Golden State of California decides to construct a gurdwara at a central place in 1975. Prior to this, the Sikh Centre of San Francisco Bay area used to hold monthly kirtans and diwans at the residential places to cater to the religious needs of the Sikh community. By that time, the population of Sikhs had started growing in the neighborhood of Oakland, Berkeley, Hayward, Union City, Newark, Fremont, San Jose and Santa Clara areas. It was then felt or realized that the small residential places were hardly adequate in relation to the size of the gatherings. Even the rented halls failed to satisfy the religious requirements of the time.

In early 1976, a search for a suitable site for the construction of a gurdwara was started. The author along with other sewadars started looking for various alternative sites and finally decided to buy the present site of 300 Hillside, Fremont in 1977.

The foundation stone of the dining hall was laid by S. Didar Singh Bains and Mrs. Shanti Bains on Sunday, 1st July, 1979 which is being used as gurdwara at present, with Akhand Path Bhog and ground breaking ceremony.

The collection of funds which we had started since Dec. 6 was mainly done from the Bay area residents but Sikhs from Yuba City, Stockton, Fresno, and other areas also contributed generously.

The building was completed in 1980 and the dedication ceremony was performed on behalf of the Sangat by Prof. Ranjit Singh Sabharwal and Sardarni Pritam Kaur Sabharwal on Sunday May 11, 1980. The flag hoisting ceremony was performed by S. Magh Singh and Sardarni Kartar Kaur Chima. The library was dedicated to the Sangat by Dr. Anmol Singh Mahal and Dr. Sunjit Kaur Mahal. Since then this Gurdwara is serving not only the religious needs but also has become the real hub of all activities of the Sikh community.

The following people got an opportunity to serve as sewadars with the blessings of the Sikh Sangat and the grace of their Guru.

— Amrit Parchar every two or three months during the year.

AS SOME EMINENT PERSONALITIES OF THE BAY AREA WERE UNAVAIL ABLE AND SOME COULD NOTBE CON: TACTED FORSHORTAGE OF TIME, WORLD SIKH NEWS WILL COVER THEM IN A LATER ISSUE.