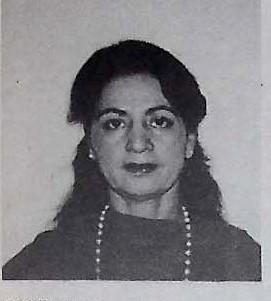 BALBIR (Bira), daughter of S. Gopal Singh Nat, Retd: Executive Engineer, and Sardarni Pritam Kaur Grewal, graduated from the Government College for Women, Ludhiana. Bira has been of one of the leading athletes of India. She played the maximum of five sports allowed to any athlete on the District, State, and Intervarsity. And National level. She competed in the XXth and XXth National Games of India in New Delhi and Jabalpur. Bira represented the All India Women’s Field Hockey Team at Delhi, Lucknow, Trivandrum, and Ajmer and became Captain in 1962. She was also selected and trained to be a member of the National Team visiting the United States. An avid folk dancer, she participated in the Regional Youth Group Dance Festival and college Giddha team.

Bira has lived with her family ir Chandigarh, Boston, Delaware, and is now settled in Los Angeles. She owns a private business while her husband Dr. Shivdev Singh practices medicine. They have two children, their daughter Manrita, and 23, is in her final year of medical school, and their son Tejbir, 21, and is in business as an Executive trainee.